Dislocations of the shoulder and elbow


The shoulder is the most commonly dislocated joint in the body. The shoulder joint has the most motion of any joint, which also means it has the least inherent natural stability of any joint. Joints like the hips and knees are more about supporting body weight rather than performing the range of activities that utilize the arm and shoulder, so they have less motion overall than the shoulder.

For most patients, shoulder dislocations occur through some type of trauma—a fall, car accident, or sports injury—where the arm is in a vulnerable position and then an applied force pops the shoulder out of place. More than 90% of dislocations are anterior, meaning the ball comes out to the front of the socket. Such injuries usually occur when the arm is in a position of abduction and external rotation, such as throwing a ball overhead.

The second most common type is posterior dislocation, or to the back of the socket. This type accounts for about 9% of dislocations and is frequently associated with seizure disorders where the patient’s muscles tighten during a seizure and push the shoulder to the back.

Less than 1% of shoulder dislocations are inferior dislocations that occur when the patient’s arm is straight up overhead with force applied. This type of injury might occur in surfers hit by a wave or if someone’s arms were up and pinned against a wall. It’s an uncommon but dangerous injury because a nerve or vascular injury can occur along with this particular type of dislocation.

Once a dislocation has occurred with trauma once, it can become a recurring problem that happens with a lesser amount of trauma in the future. In some patients with multiple dislocations, the shoulder can begin to dislocate during their sleep without any trauma.

In most cases, a first-time shoulder dislocation is treated non-operatively by immobilizing the shoulder in a sling for a week or two followed by physical therapy to restore motion and help balance the muscles for better stability. Therapy is also commonly used to treat partial dislocations, called subluxations, where the joint feels like it might come out but doesn’t go all the way.

Once a dislocation becomes recurrent, surgery is generally required. Although the specific type of surgery will vary depending on the type of dislocation and which structures have been torn or damaged, most can be done arthroscopically. Some patients have inherent hyperlaxity of their tissues, where joints naturally move farther than they should. If it becomes symptomatic, it usually responds to physical therapy. A small number of these patients may require stabilization by surgically tightening the capsule around the joint.

It’s also possible to dislocate either end of the clavicle, commonly called the collarbone. At the sternoclavicular joint (the end of the collarbone in the center of your chest), it can dislocate to the front or the back. If the collarbone comes out to the front when dislocated, it generally doesn’t require surgery. However, if it dislocates to the back, which is much less common, it can be stuck under the sternum and pointing into the trachea, esophagus, and vessels as they come out of the heart to supply blood to the rest of the body and return blood from the rest of the body to the heart. When a clavicle dislocation to the back occurs, surgery is generally required to decrease risk to these vital structures.

The distal clavicle area of the shoulder typically separates, rather than dislocates. A distal clavicle separation is common in sports that may involve a direct hit on the top of the shoulder, such as football or soccer. While it can result in a cosmetic deformity from one end of the collarbone appearing more prominent, most of these injuries don’t require surgery and don’t cause any particular disability.

If you have experienced one-time or recurrent dislocation of the shoulder or elbow, contact the Oklahoma Shoulder Center today for more information and to schedule an appointment. 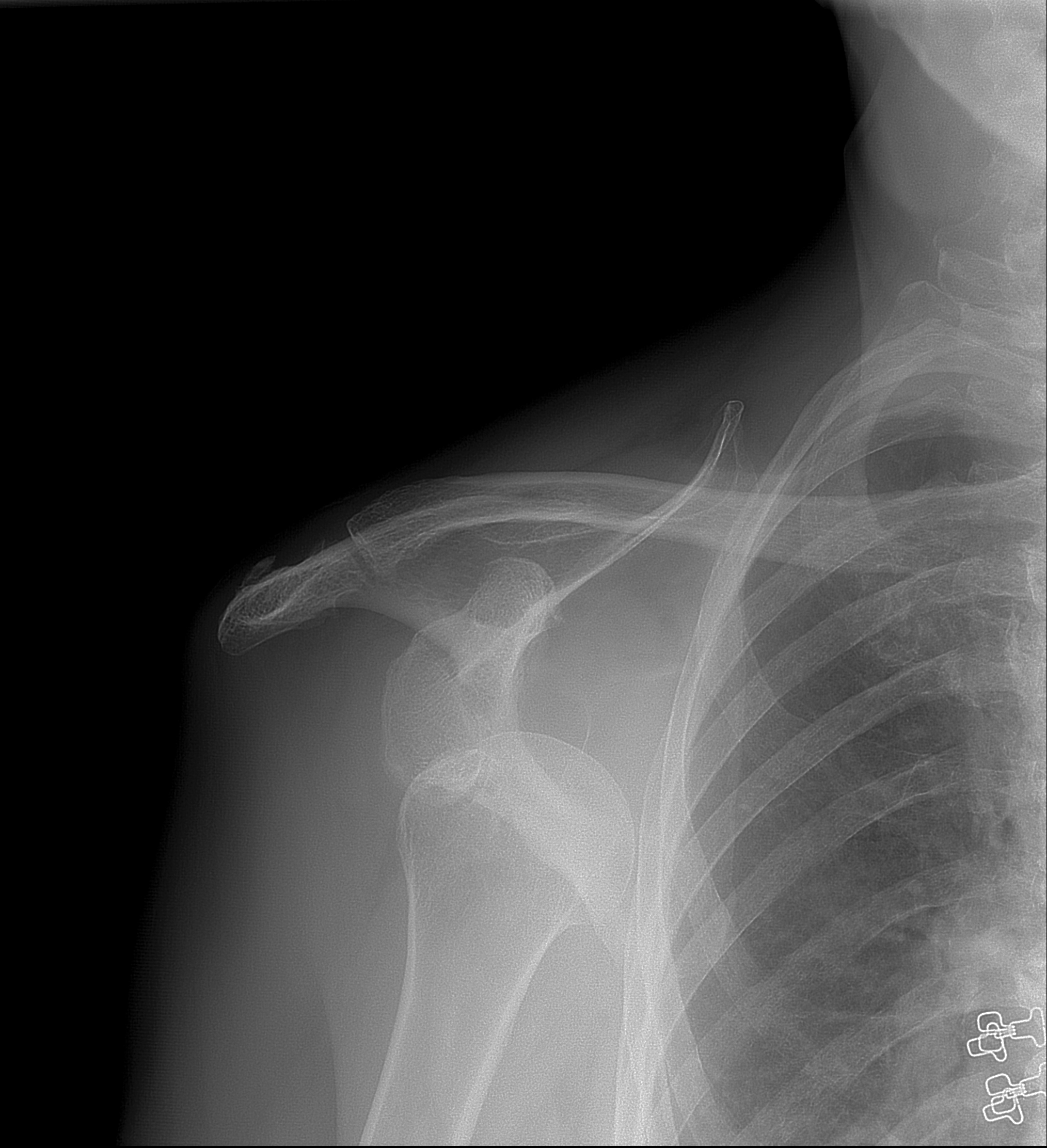